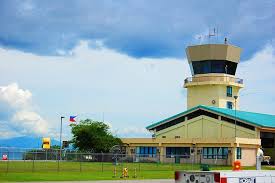 Inaugurated on 6 July 1996 in time to serve the influx of visitors, athletes and participants coming in from different parts of the country who were taking part in the 42nd annual Palarong Pambansa (National Games) that was held in South Cotabato, Sarangani Provinceand General Santos City (SOCSARGEN) area at that time. Since then, the new airport immediately replaced the old and smaller Buayan Airport in Barangay Buayan, which is now converted into an air station for the use of The Philippine Air Force and renamed it “Rajah Buayan Air Station”. Though new, wider and much modern, General Santos International Airport nevertheless retained its oldIATA airport code (GES) from the old Buayan Airport.

One thought on “GENSAN airport”